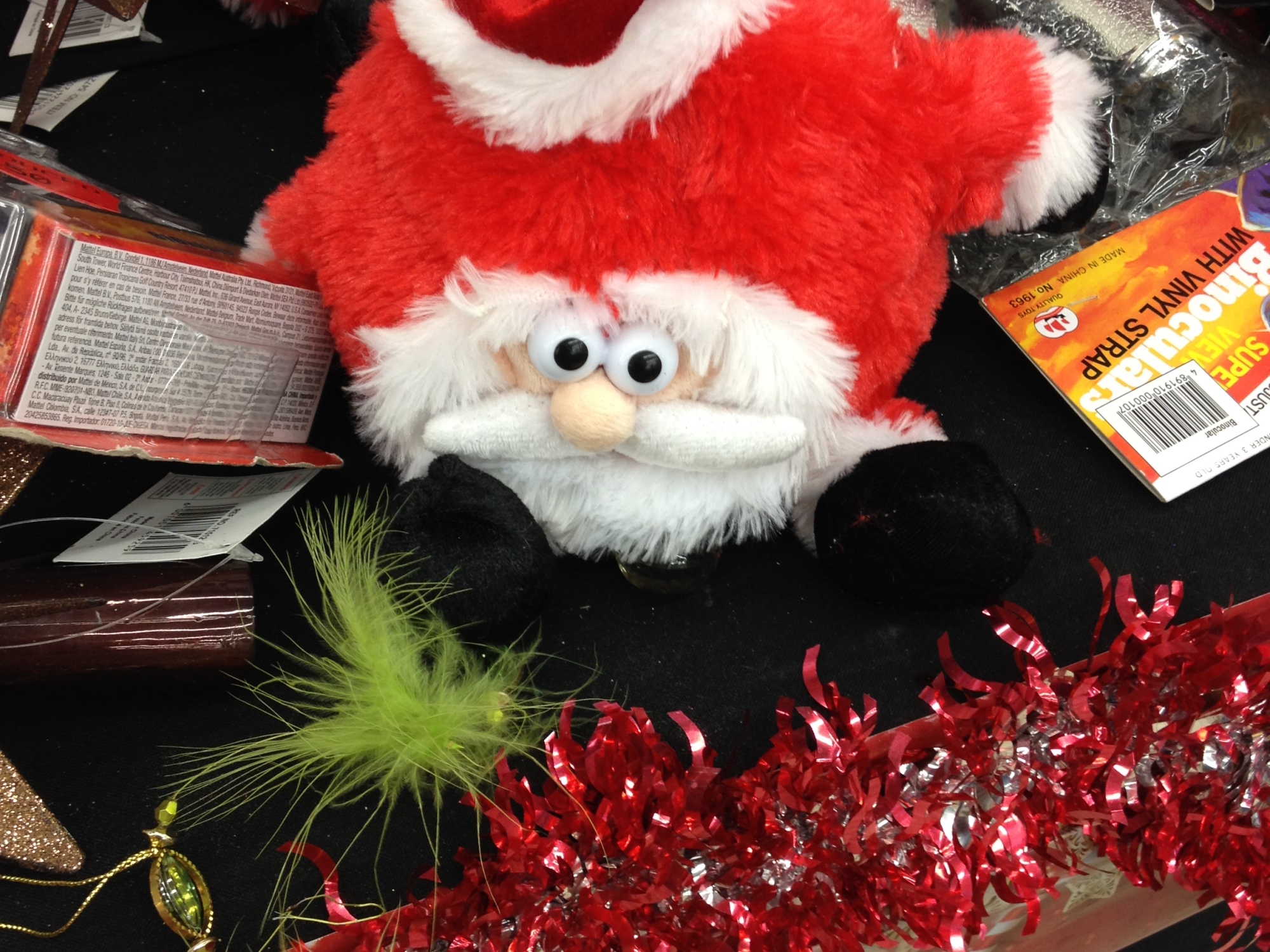 You’ve heard the news, right? A bunch of rich singer-types are again asking that classic question: Do they know it’s Christmas time at all?

It’s been 30 years since Bob Geldoff and Band Aid released the little ditty. And what have we learned?

The first go was to raise money to help alleviate famine in Ethiopia. This time, they say it’s for Ebola relief. Both seem like worthy causes at first glance, though lots and lots of Africans (including, oh, millions of Christians) have criticized the efforts again. And, of course, they do know it’s Christmas.

Anyway, it’s been a long day here, filled with visits to government offices, the Ghanaian embassy, a post office, several grocery stores, and a copy shop (like 15 different times). And many of you know that I’m among the last to care about who does or doesn’t know it’s Christmas, but Jenny suggested I offer some evidence of the awareness levels in Pretoria:

But you know who could use some help with this Christmas thing? The Norwegians. Thankfully, Africa is on it.

Hi there. Ryan and Jenny and Indie here. After an amazing year living in South Africa in 2011-2012, we thought it would be a good idea to experience Africa Time, a Second Time. Updates from Pretoria and (almost) everywhere else. More about us, and this.

What’s this all about?